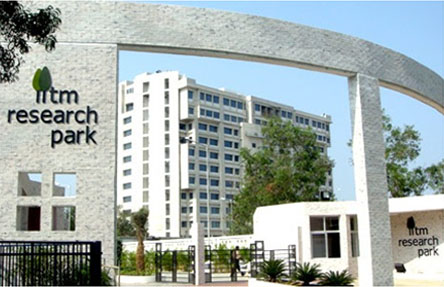 IIT Madras may soon be working shoulder to shoulder with experts from leading biotechnology conglomerates and Google-funded start-ups in South San Francisco city. The city is known as a global biotech hub that houses companies like Genentech, Merck and Johnson & Johnson.

The collaboration would be between three categories of companies and the university — start-ups, mid-sized companies looking to outsource R&D projects and bigger companies which require a fresh a pipeline of drugs and technology.

“I have prepared a list of 215 companies in our city and have given it to the department heads at IIT Madras,” said Dr Pradeep Gupta. “Once they zero-in on the companies based on the status of development in various projects, I will be able to present these companies with the collaboration opportunities on offer and we will start a dialogue.”

Dr Gupta, who served as the Mayor of South San Francisco city in 2017 is also keen for HTIC to sign MoUs with early-stage Google-funded start-ups like Verily and Calico, apart from traditional drug manufacturers looking to revive their product lines.

“Verily is driven by the aim of leveraging Google’s expertise in search engines into genome mapping. I believe IIT Madras is ready to collaborate in this field. It has the capability to work with the company on this because the university’s computers science and biotech disciplines have done some early stage research along the same lines as Verily,” he said.

Calico, headed by Arthur Levinson, who was also the chief executive of Genentech, focuses on research in illnesses and ailments accompanied by old age, like Alzheimer’s and Parkinson’s. “Calico is working intensively to understand the calendars built into human cell structures and how and why cells age. Again, I believe IIT Madras fits in well with this kind of a research equation,” said Dr Gupta.