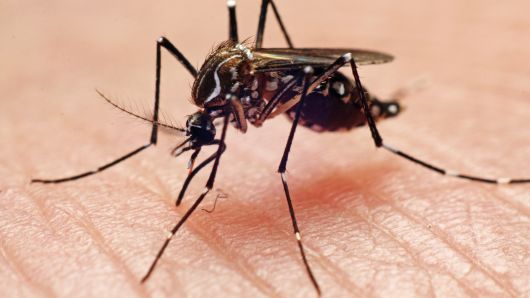 A boy from Florida is the first confirmed case of this Virus in humans
The Keystone virus is spread by a mosquito cousin to the Zika mosquito.

The virus has previously been found in animals (including some squirrels and deer) in the southeastern United States and has long been suspected to infect humans too, but there had never been a confirmed case. The new case report explains that a teenage boy went to an urgent care clinic complaining of fever and a rash in August 2016.

The teen in the case report only had mild symptoms. But Keystone virus is one of a group of viruses that are known to lead to encephalitis, or swelling of the brain. Future studies could help determine how big a risk Keystone virus—thought to be spread mainly by Aedes atlanticus mosquitos—is to humans, Morris said. “Additional research into the spread of vector-borne diseases will help us shine a light on the pathogens that are of greatest concern to both human and animal health.’’

“Although the virus has never previously been found in humans, the infection may actually be fairly common in North Florida,” J. Glenn Morris, research author and director of the university’s Emerging Pathogens Institute, said in a statement.


Break Through In Bio

Bio Frontiers is a unique endeavor to chisel and shape contemporary outlooks in Biology. It is a monthly magazine dedicated to bringing the evolving facets of Biology to its wide gamut of readers.We focus on helping our readers to gain better understanding of the fundamental concepts in Biology and develop on that.